Home Sports Covid-19 FAQs: When Will Sports Come Back? 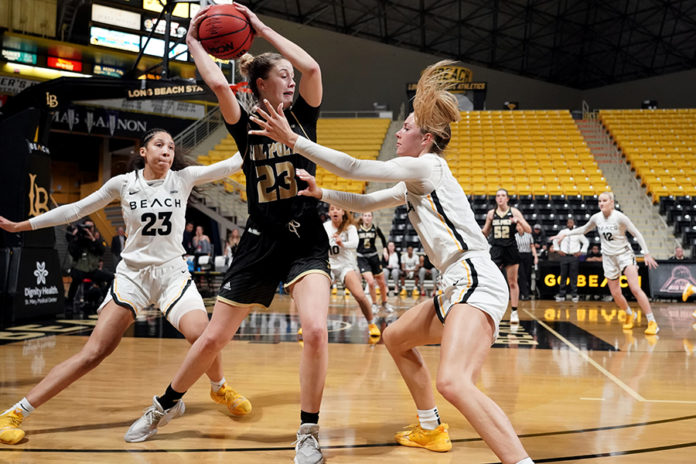 Sports leagues face large, but not insurmountable, obstacles to even getting games back on television. Here’s what needs to happen first

During a news conference Tuesday night, President Donald Trump made a personal plea that probably resonated with at least some sports fans around the country.

“We have to get our sports back,” Trump said. “I’m tired of watching baseball games that are 14 years old.”

Trump said he was assembling a panel of experts — including the commissioners of every major league in the country — to figure out a way for games to return to stadiums around the country.

Both Gov. Andrew Cuomo of New York and Dr. Anthony S. Fauci, the federal government’s leading expert on infectious diseases, expressed support this week for the idea of staging games without spectators in the stands.

So how realistic is it that we will see sports again this year?

What exactly would that entail?Here are answers to some of the more pressing questions as the sports world ponders how to proceed during this global health crisis:

Q: Why don’t we have any sports to watch right now?

A: Sporting events — with fans packed into cozy stands, narrow concourses and omnipresent lines — fit the exact definition of the sort of mass gatherings that experts insist we must avoid at this time to stop the spread of the coronavirus. And it’s not just the games themselves: Think about fans traveling to and from stadiums, tailgating in the parking lots, congregating at bars before and after the events.

“You’re bringing together a bunch of people who don’t usually mix and packing them really close together for an extended period of time,” said Dr. Julie Vaishampayan, chairwoman of the public health committee for the Infectious Diseases Society of America. “As risk goes, it’s way above just sitting in a restaurant.”

Q: So couldn’t games be played without fans and just be broadcast on television?

A: That’s an option that leagues across America and around the world are grappling with now. But it’s not that simple a solution. On a basic level, should we feel OK about asking hundreds of athletes around the country to ignore global health guidelines to play sports for our entertainment? The athletes wouldn’t just be meeting a few times a week for games. They would presumably have to practice and partake in other team activities.

“Even if they wanted to play in empty stadiums, it’s putting the players at risk,” said Vaishampayan, who watches football and said she could not imagine the NFL operating this year. “There’s nothing to say that players won’t get infected at home and bring it to the field.”

Q: What’s the big deal about a couple of dozen people on a basketball court?A: Perhaps a league could create a hugely intricate system of testing and quarantining players and coaches to ensure that only virus-free athletes made it onto a court or a playing field.

But a professional sports broadcast, in truth, involves a much bigger gathering than just a group of athletes and coaches. For example, the Bundesliga, Germany’s top soccer league, estimated that around 240 people — players, team staff, officials and broadcast staff — would be required for a game even if it were played behind closed doors.

Q: In that case, could there be a way to establish some type of closed-off, virus-free “bubble” environment where the leagues could play games?

A: Various sports organizations have discussed plans like this. Major League Baseball, for instance, internally pondered bringing all of its teams to Arizona — where there are 10 ballparks used for spring training — to play a season in a single, tightly controlled area.

But most experts find such proposals extremely complicated and ultimately pretty far-fetched, at least for competitions involving several games spread out over time. How would these people be fed? What if a player is hurt? Would the athletes leave their families or would the families come, too? Any such scenario would involve many more people than one might have originally pictured, and it would be almost impossible to maintain a perfectly closed system.

“You can’t think of it as airtight,” said Dr. William Schaffner, a Vanderbilt University professor who is an expert in preventive medicine and infectious diseases, “because it won’t be.”

Q: If the staging of games still poses so many risks, why would anyone do it?

A: There’s an idea that our sports leagues embody some core element of our national character and that their return would represent a needed symbol of normalcy in this trying time.

The other big thing, of course, is money: Billions of dollars stand to be lost by leagues if they are unable to complete their seasons. Money can make people do a lot of things.

Q: Are there any leagues around the world trying to operate, and doing so successfully, while paying attention to health guidelines?

A: Taiwan’s five-team basketball league has been playing games out of a single, empty gymnasium that no more than 100 people may enter at a time. Coronavirus tests are not taking place on site, but everyone’s temperature is being monitored. (Asymptomatic carriers of the virus, of course, might not have an elevated temperature.) Over the weekend, the country’s baseball and soccer leagues kicked off in similar fashion.

In Germany, teams in the top soccer leagues have begun practicing again, and league officials are aiming to resume play in May. A few countries, like Nicaragua, have carried on with little or no restrictions.

It’s important to note that, for the most part, these countries — far more than most around the world, including the U.S. — have avoided large numbers of deaths through a mixture of testing, tracking and other preventive measures. And even then, they tend to be proceeding with extreme caution. It’s unclear what would happen, for instance, if a Taiwanese basketball player tested positive for the virus. Would the league suspend play again?

Q: How should decisions about whether to resume play be made?

A: These are questions weighing on everyone involved in sports at every level in the U.S. Schaffner, for instance, is part of an advisory panel brought together by the NCAA to create a recommendation for how college sports should proceed at this time, and teams and officials have been clamoring for answers that have yet to arrive.

“The coaches wanted it last week,” Schaffner said about the panel’s pending recommendations, laughing. “We haven’t given ourselves a timeline. We’re watching the data very carefully and looking at the models out there.”

In the big picture, it comes down to priorities. Medical experts focused solely on eliminating the spread of the virus would say that sports should not played at this time at all. But not everyone thinks that way. For some, restoring a bit of normalcy to American economic and social life outweighs some of the dangers of the virus.

“We’re going to have to accept some increased health risks in order to solve some of these other problems,” Schaffner said, describing the thinking of those hoping to reopen parts of society, including sports. “If you don’t expect perfection, you won’t be disappointed.”

Q: So when will things actually be “normal” again in sports, the way they were before?

A: Experts agree that even if sports leagues return in some diminished capacity in the near term, there will not be a true return to “normal” — like, say, the sight of 50,000 people packed into Yankee Stadium — until there is a vaccine available to everyone in the country. And that could take until 2021, or beyond, to happen.

“Degrees of social distancing are going to have to be part of our norm until that time,” Schaffner said. “We may whittle them down, make modifications and compromises, but social distancing will have to remain.”

And so that means sports may not feel “normal” for quite some time.

Click here to see Forbes India’s comprehensive coverage on the Covid-19 situation and its impact on life, business and the economy​

Why everyone runs for president these days

Why a robot pizza startup could be worth $4 billion

WHO just declared another polio virus strain eradicated. There’s one more to go.

Could your leadership style be influencing bad behaviour?