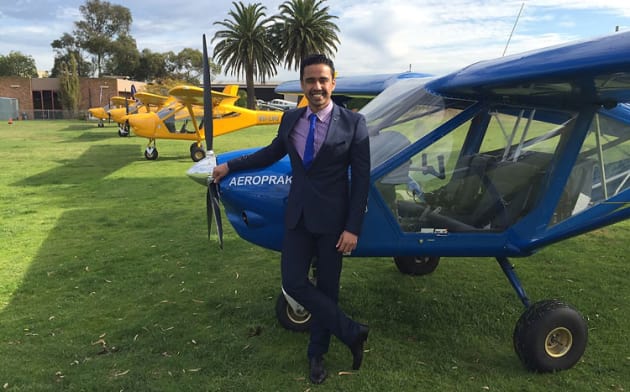 Over the past decade, many entrepreneurs have come & gone. Some succeeded in achieving their goal, while a few failed!!! Tycoons are folks who never give up, are determined, and pave their way to make something happen.

Barriers are inevitable!!! One has to find the right way that leads to greater heights. Successful people never make excuses and attempt to get things done. Today you will know about an entrepreneur who did likewise, never gave up, and kept chasing his dreams.

Neel Khokhani, a native of India, came to Australia as an immigrant with a dream of becoming a good aviator. In truth, starting his airline!!! In childhood, when he told his father about starting an airline, his father kept telling him that they could not. Still, he didn’t give up and arrived in Australia as a 16-year-old teenager to chase his dreams. At that point, he understood that learning how to fly an aircraft could make him one step ahead towards his mission, so he grasped it.

Mr. Khokhani learned to fly before even he could drive!!! After getting his license, he began to instruct. He faced numerous challenges in his career, and one of the emotional tolls of his life was getting sacked from the job. When the idea of making the fleet better came into his mind, he told his boss, assuming that he would be delighted to hear. But the consequences were beyond his imagination – his boss sacked him off. The boss suggested – start a flying school if he could run better.

Without wasting any time, Neel started gathering funds to start a flying school. He crowdfunded the purchase of his first plane, with only $5000 in savings and selling lessons on a deeply discounted rate at a group buying site Scoopon. Mr. Khokhani founded Soar Aviation in 2013, which is the best flying school in Australia now, with 67 aircraft, three campuses, and 500+ learners. Building a corpus from nothing is a huge accomplishment, he says.

In a nutshell…! Neel Khokhani is a successful entrepreneur who found the most success by putting enormous efforts into the profession. Now he is heading an outstanding career in the flying industry as an owner of the top flying school in Australia. The story of Neel – How he succeed in the aviation industry from being an aviator – is an inspiration for many. Further, he is passionate about igniting the flame in the aspirants willing to be a good pilot!!!

5 Steps to Create a Successful Project for Authors

Searching For Natural Skincare Products? Learn the Facts Before You Buy

LEVERAGE IT: RELIABLE IT SERVICE FOR YOUR BUSINESS