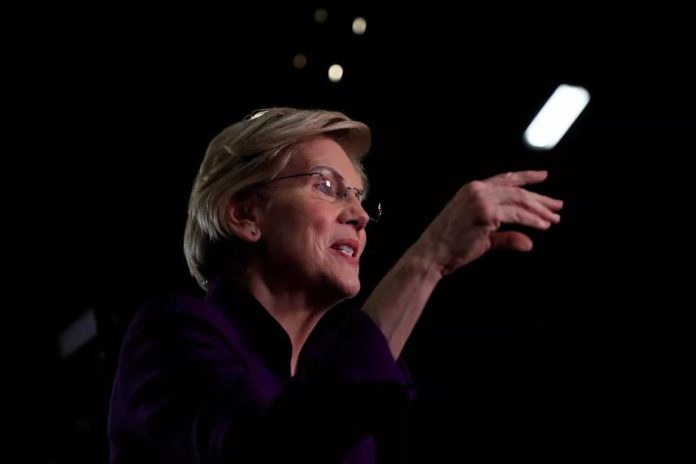 It’s hard to build a Nordic welfare state on the backs of the rich alone.

During the second night of the first Democratic debate, moderator Savannah Guthrie asked Bernie Sanders a pointed question: “My question to you is, will taxes go up for the middle class in a Sanders administration? And if so, how do you sell that to voters?”

The Vermont senator defended his plans in his typical populist way, saying, “Health care in my view is a human right and we have got to pass a Medicare-for-All single-payer system.” But then he added, “Under that system … the vast majority of the people in this country will be paying significantly less for health care than they are right now,” and acknowledged that Guthrie was “quite right” — that middle-class taxes would have to go up for that to happen.

It was a rare moment when someone running for the Democratic presidential nomination admitted that their spending ambitions would have to be paid for by taxes that touch not just the wealthiest Americans but taxpayers further down the bracket. Government-provided health care programs tend to be quite popular, and majorities think the rich pay too little in taxes. But for the same reason, no one much likes talking about raising middle-class taxes, even if it’s to provide social services that are popular.

Universal health care, government-funded or -provided child care, generous parental leave, free college: When you squint at the left flank of the Democratic primary, where Sanders and Elizabeth Warren support some or all of these policies, you see a vision for a radically different America. For the most part, this different America will be paid for by the rich and corporations.

When Elizabeth Warren comes out with an ambitious domestic spending program like her child care proposal or free college and debt relief, she dutifully pairs it up with a specific tax proposal that matches the populist tenor of the spending. Child care and higher education are paid for by a tax on the ultra wealthy; affordable housing is paid for by an estate tax that hits a broader range of heirs; green energy investments are paid for by a reformed and expanded corporate tax.

Sanders’s ambitions are less detailed but no less expansive: big plans that are accompanied by big taxes on the wealth and income of the richest Americans. But his concession at the debate that taxes on the middle class may have to go up is an acknowledgement of a stubborn fact: To begin to transform America into something more like the Nordic democracies, the US may have to tax like those countries as well.

And contrary to what many US progressives might believe, the Nordic countries and the rich, industrialized democracies that provide a wider range of social services actually have more regressive taxation systems than the US. That is, while the overall taxes imposed on the economy are substantially higher, the tax systems raise revenue from up and down the income distribution and relatively little from wealth taxes — if they have them at all.

Trying to sell a big progeessive agenda on the backs of the rich may be popular. But the admission that middle-class taxes may have to go up is an admission that there may not be enough rich people in America to pay for it all.

What’s more, with their relentless focus on high-income, high-wealth taxation, progressives may well be admitting that the social consensus in favor of these new programs is not as strong as they would hope. And they may be missing the chance to lay the groundwork for social policies that inspire a sense of solidarity — a feeling that a broader share of the country is united behind a project that it is willing to pay for.

How the high-tax countries pay

The Nordic countries, the ones that Sanders and many progressives love to point to as economically sustainable and expansive welfare states, have a tax system that’s far different from the one in the US today.

Denmark raises almost 15 percent of its GDP — and 32 percent of its total taxes — from taxes on consumption, including a 25 percent value-added tax, compared to 4 percent of GDP and 16 percent of all taxes raised through sales and other consumption taxes in the US, according to the Organisation for Economic Co-operation and Development (OECD). Denmark’s labor market policies — unemployment, paternity and maternity leave, retraining — are funded by a flat 8 percent tax on all wages. Norway, Sweden, and Denmark all raise at least 28 percent of their tax revenue from consumption taxes, in addition to having higher top income rates than the United States.

“If we think of a stereotypical western European or Nordic country, they’re taxing and spending 10 percent to 15 percent more of GDP than we are, most into welfare state and education,” Lane Kenworthy, a sociologist at the University of California San Diego, said. “As best we can tell, most of these countries, if not all, have tax systems that are slightly less progressive than ours is.”

The federal tax system in the US is largely built of taxes where people with high income pay more of their earnings than those with less, thanks to the income tax, corporate taxes, and the estate tax.

The big exception is the payroll taxes that fund Social Security and parts of Medicare. Social Security taxes make up about 23 percent of all taxes, according to the OECD (and over a third of all federal taxes, according to the Joint Committee on Taxation), and suck up a lot of revenue directly from wage income, but only up to a cap of $132,900. What that means is that higher-wage earners pay proportionally less in Social Security taxes, while also having incomes that typically rely less on wages. But the contribution is still smaller than from income taxes, which make up over 38 percent of all taxes.

In other words, the Nordic countries don’t just have a higher tax take than the US, they get their tax revenue from a broader segment of the population.

“If you’re going to spend an awful lot of money, you have to go where the money is, and the money is all over the place,” Kenworthy says.

While the Nordic countries can have high top rates — 60 percent in Sweden, 56 percent in Denmark, 38 percent in Norway, according to the OECD (this includes local and federal taxes) — they kick in at a substantially lower proportion of the average wage than in the United States. In the US, people who earn about nine times the average household wage (over $510,000) pay the top rate. In the three Nordics, the top rate kicks in at less than two times the average wage; in Sweden, the top rate kicks in at around $77,000, according to the OECD.

In the US, “there is a real reluctance to be seen as raising taxes on the middle class or talk about raising taxes on the middle class even if hitched to really popular initiatives,” said Molly Michelmore, a historian at Washington and Lee who’s studied the politics and history of the US tax system. “I’m hard pressed to think about a moment when you have anybody who was talking openly about taxing the vast middle class as a central part of a social compact: ‘We’re going to tax you and get these things back.’”

It’s not just the left of the Democratic Party who operate from this framework of taxing the rich to deliver universal or targeted benefits. Obama famously promised not to raise taxes on couples making below $250,000, and was able to implement a vast new social program — the Affordable Care Act — by going after investment income and Medicare taxes for those making more (there was also a tanning salon tax and the now zeroed-out individual mandate penalty). Through a deal with Senate Republicans, he was also able to reverse the Bush tax cuts for couples making $450,000 or more, and in the process meaningfully increasing how much taxes were being paid by the very richest.

But the US is also far more unequal than its fellow large industrialized democracies, meaning that for progressives, the stratospheric incomes and wealth at the top are juicy targets not just for revenue, but also for helping restructure society in a more egalitarian way.

As such, the emerging progressive approach is far different from what prevails in Europe’s social democracies. Inspired by the pioneering work of economists like Thomas Piketty, Emmanuel Saez, and Gabriel Zucman, who have long produced estimates of a high top share of income and wealth in the United States, Elizabeth Warren and other progressives are coming up with new and aggressive ways to tax wealth.

Elizabeth Warren’s wealth tax, which is based on work done by Saez and Piketty, would affect fortunes of $50 million with a 2 percent tax on total wealth and then an extra 1 percent for wealth greater than $1 billion. Zucman is also a specialist in tracking tax evasion by the ultra wealthy, suggesting that high-end estimates of inequality may even be too low. Saez and Zucman estimate that such a tax would raise $2.75 trillion over 10 years, providing enough revenue to cover many of Warren’s ambitious plans.

But it would also be near unprecedented, and several economists doubt the campaign’s estimations. Larry Summers, the former Treasury Secretary, and Natasha Sarin, a professor at the University of Pennsylvania, have argued that the tax would raise far less. Saez and Zucman have defended their initial estimate, but there is no escaping the simple fact that few countries fund a substantial portion of their spending through these kinds of high-end taxes.

Only three OECD countries have wealth taxes. Several European countries have scrapped them, an OECD report says, due to “efficiency and administrative concerns and by the observation that net wealth taxes have frequently failed to meet their redistributive goal” and the revenue hauls have been disappointing. According to researchers at the Ifo Institute for Economic Research, wealth taxes generate revenue amounting to just 3.7 percent of total tax revenue in Switzerland, 1.1 percent in Norway, and 0.5 percent in Spain, and in all three cases the exemption from the wealth tax was substantially lower than in Warren’s plan.

Warren has yet to unveil her health care plan, although she indicated last week that she supports Sanders’s Medicare-for-All plan. Such a plan would overhaul the entirety of the US health care system with a single-payer system funded through general revenue and debt. Here the promise of a vast welfare state solely funded by new taxes on the rich runs aground.

While Sanders has not endorsed any specific financing mechanism, he’s listed some options, including payroll taxes for employers, an income charge on families, making the wealthy pay more in taxes, hiking capital gains taxes, a wealth tax, and a variety of corporate taxes. To that list of options, Sanders raised another during the debate: middle-class taxpayers “will pay more in taxes.”

If he wants to make an America that’s anything like the countries he admires, they’ll have to. And, more importantly, they’ll have to want to willingly expand and broaden the tax burden in order to sustainably fund the large programs so many Democrats, at least, are pushing. That would be a real political revolution.

Satyajit Das: What will history make of Brexit?

Best Business Strategies to Help You Become a Business Expert!

Step by Step Instructions to Upgrade HTML to WordPress subject Even If They Are...

How Practice Tests Can Help Students in their Exams?

What the college admissions scandal says about racial inequality