Home Business Ocean Surveys: All You Need To Know About It 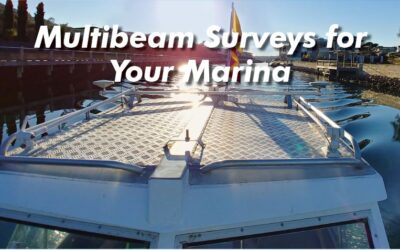 As you know, the water bodies on Earth cover almost 70% of the complete planet. Ocean surveying is one of the best ways of science that helps determine underwater areas’ features. All the details, such as – water depth, topographic features, measurements of tides, etc., are entirely appropriately covered under Ocean Survey.

All such surveys are considered to be very helpful as it allows engineers to plan about all the land reclamation activities in a proper way. Surveys also help several engineers by determining feasible projects that are actually in the planning phase at the same time. However, ocean Surveys do not provide help to engineer. It also provides information to support and relief staff as it aids in flood control systems. It simply helps predict possible flood zones and suggests the necessary measures to encounter the issue effectively.

With the complete help of ocean surveys, one can quickly determine the presence of shorelines that are extended around an individual coast. We can also take a deep look at the sea pattern with the help of the survey, and this is one of the most mandatory things that must be known as it can help many times. The most crucial use of Ocean Survey is that it is widely used in ship navigation by providing the best suitable path to the vessel that it can take. Providing safe routes to ship is one of the best factors of the survey.

There are five main types of Oceanic Surveys: –

The survey thoroughly studies water depth, sea level, and even bathymetric plots. It is the most common form of ocean survey. The applications are commonly available in the form of science and geological studies.

The survey is generally being conducted to check the accurate and prime location of building ports and harbours and is under the control of the national government. This survey talks about the passage area of the vessel, and it is instrumental during the construction time of a port.

The survey that used for checking the condition of inland waterways that has a proper aim of converting them into passage areas for ships to move on freely. The area that can be created after the survey must be similar to the Suez Canal and Panama Canal.

The surveys are being done to check the presence of coastline around the country, its flora, and fauna residing in the nearby ocean area. It is the most challenging type of ocean survey as it causes disturbance to the citizens, flora, and fauna.

For study the position of wreckage. It is commonly conducted to check the presence of the vessel to sink. It contains all the information for where wreckage can be done in the future and it is widely used to take necessary actions to avoid it.

Private organizations generally do all such Ocean Surveys for geological reasons to determine exact locations for all forms of oil and gas structures. Installation of underwater devices can be quickly done after these surveys are conducted properly.

Read This Before You Buy TikTok Followers In 2023

Hayden Holland AZ: How E-commerce is the Future of the Business.

DETAILED INFORMATION ABOUT ANOSH AHMED, MD: A MAN DRIVEN TO MAKE THE COMMUNITY A...

Happy Tuesdays Guide to Raving | What happens to your body when you go...