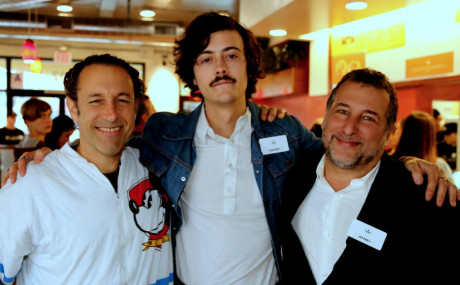 The Vegan food industry has boomed in the last 5 years, and veganism has taken over animal-based foods. The days when vegans used to settle for substandard meals of French fries and salads are long gone. Today you can find every major food restaurant providing a full big blown menu of healthy vegetarian eats.

With more and more people shifting to vegan diets, it gets really important that the fast-food companies provide more options in vegan foods. And some Entrepreneurs like Zach Vouga have taken the lead to revolutionize the fast-food industry and help individuals in reducing their carbon footprints.

Talking about Zach, He is recognized as one of the most innovative and creative CEOs that are boosting the veganism trend and providing people with tastier and healthier fast foods with his national fast-food chain of Plant Power Fast Food. Since graduating from De Powell University with a degree in Political Science, he has led several projects and improved the quality of fast food.

Zach Founded Plant Power Fast food in 2016 with a motive to make vegan foods more interesting and accessible to the public. With this expertise and determination, he was able to create a positive and strong image of his restaurant. And in a short span of time, Plant Power Fast Food became one of the leading plant-based food chains. Vouga is committed to increasing the public’s knowledge about plant-based foods and their health benefits. With his proven skills and efforts, he founded Five Vegan Foods in California and recently opened a restaurant in Florida. His aim has always been to create a different image of a vegan vegetarian diet that is tastier and more approachable for people. The restaurant offers a wide range of inexpensive vegetarian dishes with a few variations. This includes a sausage breakfast sandwich with a vegetable sausage pancake, tofu eggs on bread, and cheddar cheese. They also have cheeseburgers, bacon and coconut, vegan melt, and BLT coconut.

Zach prompted upon to create a fantastic chain of plant-based restaurant chain to help Americans lead a better and healthier life. Plant Power Fast Food makes all of its ingredients from recycled or plant-based ingredients. And evidently, Zach and the properties have figured out how to bring a progressive change in the industry.

According to Zach, Plant-based diets are hitting on both ends of the food spectrum. And the high-end eateries are rushing to put offer vegan-tasting menus. Whereas the fast-food joints are serving meatless burgers and vegan chicken nuggets. Zach further mentions that the rising trend of veganism has been in contributing in controlling many factors like greenhouse gas emissions, deforestation, species extinction, water pollution, and healing the catastrophe of the animal agriculture industry that suffered due to animal agriculture and heavy meat production. Currently, Along with managing his company and spreading the food-chain restaurant all over the United States, Zach Vouga is working to increase consumer awareness of the health consequences of eating animal products and the environmental and ethical impact of animal agriculture.

When to Wear Hoodie

Download Alexa App to Set Up Echo Speaker: Here’s How

Where to go for high-quality plumbing Services in Al Hamriya?