Home News Why everyone runs for president these days 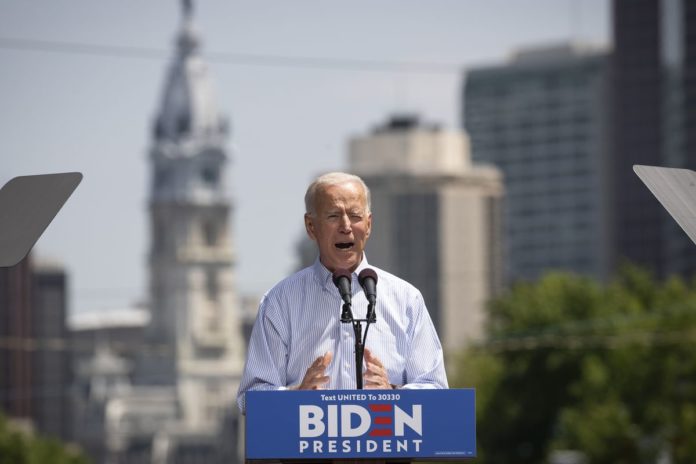 For the second presidential cycle in a row, there’s a record-breaking number of candidates in the nominee race.

This post is part of Mischiefs of Faction, an independent political science blog featuring reflections on the party system.

For the second presidential cycle in a row, Americans are being treated to a nomination field of record-breaking size. At 23 declared candidates and counting, the Democratic primary field dwarfs its 2016 Republican counterpart, a field so large it introduced the term “little kid” debates into the American political lexicon.

To some extent, the large fields in 2016 and 2020 are driven by an age-old truism of electoral politics: Weak incumbents and/or parties that have been in power too long or who are bogged down in controversy make very attractive targets. Still, similar conditions in the past such as the 2000 Republican primary produced, on average, six candidates. So what is driving the drastic increase in our nomination fields? Why does everyone want to run for president these days?

The increase in size of candidate fields over the past two cycles is likely the product of several things working in tandem, the most profound of which may be changes in technology over the past two decades that have made it easier to run for president. In many ways, the emergence of the internet has redefined political campaigns in ways both large and small.

The internet has democratized access to the presidential nomination stage by helping erode the power the two parties have long held over the process. Not only did the internet revolutionize the way candidates campaign, it also reshaped the political media landscape; leading to an exponential increase in campaign coverage, as well as media campaign polling over the past decade.

For the first four decades of the modern nominating system, the traditional media served as gatekeepers for candidates hoping to run for the nomination, deciding who was worthy of expensive and scarce “beat” coverage, and who wasn’t. As the media environment expanded due to the development of digital media and the 24-hour cable news networks, major media outlets expanded the size and scope of their campaign press pools and internet-only outlets emerged.

Prior to the digital age, media coverage for candidates was a comparatively sparse resource. Media devoted attention to those candidates seen as most competitive for the nomination, largely ignoring lower-tier candidates. In so doing, media organizations signaled to voters which candidates were viable to win the nomination.

Candidates receiving media attention enjoyed elevated name recognition and prestige. In nomination campaigns, media coverage itself is a major asset, boosting polling and fundraising for candidates receiving attention, allowing these candidates to increase their momentum. Lack of media attention made it difficult for lesser-known candidates to raise money or rise in the polls, the very thing they needed to get on the media’s radar. This created a cycle in which their lack of attention reinforced their inability to raise money or rise in the polls, which itself justified the lack of media coverage they received.

As it does today, media has relied heavily on cues from party elites about which candidates are supported by party insiders and, as such, are “viable” to win the nomination. This is conveyed officially by signaling devices such as elite endorsements and unofficially via their professional networks, which were then, and remain today, heavily entangled with those within the political world.

The power of elite signaling is especially pronounced in the “invisible primary,” the period in which candidates campaign for the nomination in the months leading up to the formal contests, which begin with the Iowa caucuses. During this period, party elites have generally been able to push the nomination toward their preferred candidates long before most of the general voting public has even tuned in to the process.

As the digital age evolved, the increasing number of media outlets and the emergence of social media and payment-processing technologies have been a major boon to candidates. Candidates no longer need significant party support to make their candidacy viable because the media’s gatekeeping power has diminished. There are many more “gates” through which candidates can increase their visibility to voters.

Our information-rich environment provides voters with a host of televised and live-streamed access to events such as candidate forums and town halls. In addition, the number and frequency of official debates hosted by the parties have increased dramatically. Partisan news outlets provide lower tier and/or more ideologically extreme candidates platforms to reach voters that simply didn’t exist a decade ago.

The internet has also revolutionized the way candidates engage with the electorate and provide large-scale, cheap, direct-to-voter access. The high costs of voter contact via direct mail and television used to force many low-tier candidates to rely exclusively on so-called “retail politics,” things such as candidate meet-and-greets, speeches, and other candidate events that put the candidate directly in front of voters.

Both time-consuming and labor-intensive, the efficacy of retail politics is also limited because only the most engaged voters attend candidate events and local news coverage of these events, known as “earned media,” is limited to a small coverage area. The most important limitation of retail politics is the physical singularity of your candidate. If your candidate is in one place, they cannot be somewhere else. The digital universe has largely mitigated this problem for campaigns, allowing candidates to be on the ground in a critical early state while simultaneously working on their national name recognition via satellite-linked media appearances, virtual town halls, and social media voter outreach.

The internet has also dramatically impacted fundraising. Candidates who lack access to the traditional fundraising networks controlled by party insiders can now bypass that system entirely, raising “grassroots” money from individual donors via the internet. Before the invention of the internet, donating to a political campaign required the individual to mail a check.

A donor had to know whom to write the check to, and where to mail it. Campaigns needed to wait for checks to arrive and clear before counting the money into their coffers and spending it. Now, donations are made with ease. A single “viral” moment can catapult a candidate from obscurity to the top of the field, generating millions in donations. Super PACs, which emerged in the wake of the Citizens United decision, make it possible for candidates to finance large-scale campaign activities off a few donors, keeping candidates in the hunt for the nomination that in the past might have been forced to drop out.

In addition, rising factionalism and populism in both parties has decreased the ability of party elites, particularly the party committees, to put their fingers on the scale in favor of one candidate over the other. Due to the perception that super delegates influenced the Democratic Party’s nomination in Hillary Clinton’s favor last cycle, Democrats enacted rules changes for the 2020 cycle that eliminate the use of superdelegates on the first ballot. This is a significant institutional change to the nomination system.

Under the old system, elite endorsements carried substantive value in the Democratic Party’s system, being added to each candidate’s delegate total as the primary progressed. Now elite endorsements are merely symbolic, further eroding the party’s influence over the nomination process. As both parties work to stave off populist revolts and push back at charges of elitism and favoritism, conditions have never been better for long-shot candidates to run. For the 2020 cycle, the Democratic National Committee established such a low bar for inclusion on the debate stage that they have two-night debates so that all the qualified candidates have access to a primetime audience.

Finally, the increase in the number of candidates in the past two cycles may be due in part to the attractive incentives that come with a presidential run, even a failed one. Losing candidates of the past have leveraged the media attention and contacts gained from their time in the national spotlight into TV shows and book contracts.

In addition, a failed presidential bid can be an excellent springboard to launch a less grandiose run for office. The name recognition, fundraising list, and contacts from a presidential run can later be tapped again for future congressional and gubernatorial races. History suggests the 15 or so “surplus” candidates running in this cycle will see their bids pay off in the future, no matter what they yield in terms of their 2020 nomination campaign.

The study of presidential nominations is limited by the rarity with which they occur changes and by the internal and external changes that occur between cycles. With just two cycles of large fields, it is too early to say large candidate fields in open nominations are a permanent feature of the modern nominating system. But with each new cycle offering more advancements in technology, weak parties operating in a system with strong partisanship, and no end in sight to the rising factionalism within the Republican and Democratic Partycoalitions, we may need to get used to counting our presidential nomination candidates by the dozen.

Rachel Bitecofer is the assistant director of the Wason Center for Public Policy and a lecturer in government at Christopher Newport University. She is the author of The Unprecedented 2016 Presidential Election.

The Role of Social Media Marketing In Business Promotion and Advertisement