Home Entertainment The Inside Story of Netflix, the Tiny Tech Company that Took Over... 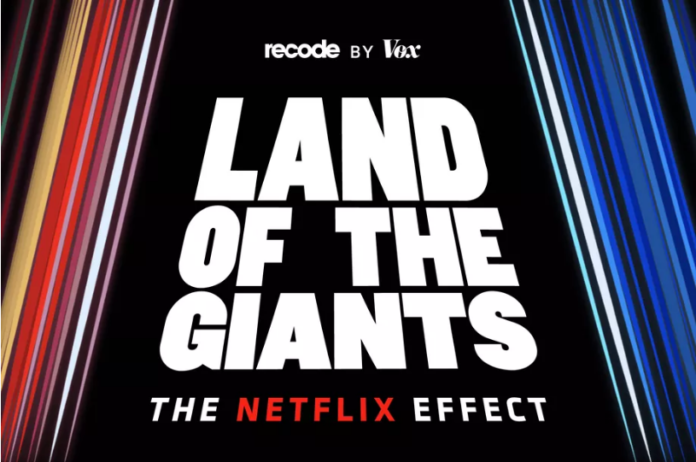 This season of Land of the Giants explores how Netflix disrupted Hollywood and changed the way we watch TV and movies.

Netflix started out as a tiny DVD-by-mail service in 1997, overlooked by Hollywood and almost everyone else.

Now we’re all watching Netflix, all the time.

With nearly 200 million subscribers around the world, Netflix owns the streaming business. But more than that: It’s increasingly defining what entertainment is and how we expect to consume it.

The idea that we could hit a button and watch nearly anything we want, whenever we want, without an ad, seemed like a fantasy when Netflix first launched. Now it’s a given. And while other media companies like Disney have struggled during the pandemic, Netflix has thrived.

So in this season of Vox Media’s Land of the Giants podcast series, we talk to the people who founded the company and the ones who run it today — as well as its competitors, critics, and creators. There’s a lot to talk about.

We’ve gone back in time to find out how Netflix developed its prized and very strange corporate culture that eschews strict expense policies but also expects employees to tell their peers when they fail. We look at why Blockbuster should have vanquished Netflix but killed itself instead. We check out Netflix’s vaunted recommendation algorithm and wonder if it’s getting you the content you want or just the content Netflix makes. We explore the company’s complicated relationship with Hollywood, which used to ignore Netflix, then saw it as easy money, and is now racing to catch up. And we also ask what a Netflix world means for the people who make TV shows and movies and what all of that means for you.

This is a business story and a tech story. And, most important, it’s a story about our culture, and how it’s being defined by a company that started out in Silicon Valley, moved to Hollywood, and now has its sights on the whole world.

The first episode of Land of the Giants: The Netflix Effect comes out on June 23. You can find it onApple Podcasts, Google Podcasts, Spotify, or wherever you get your podcasts. Listen to the trailer below.

Every day at Vox, we aim to answer your most important questions and provide you, and our audience around the world, with information that has the power to save lives. Our mission has never been more vital than it is in this moment: to empower you through understanding. Vox’s work is reaching more people than ever, but our distinctive brand of explanatory journalism takes resources — particularly during a pandemic and an economic downturn. Your financial contribution will not constitute a donation, but it will enable our staff to continue to offer free articles, videos, and podcasts at the quality and volume that this moment requires. Please consider making a contribution to Vox today.

Sara Wallace: What does an Executive Producer do?

Are CBD Supplements Good for Our Overall Health?

MILK TYSON: JOURNEY OF HIS ACCOMPLISHMENTS AND GREAT INITIATIVE

The Best Wholesale Clothing to Go for the Best Results and The Market to...

Important Points to Consider While Hiring a Wealth Management Advisor