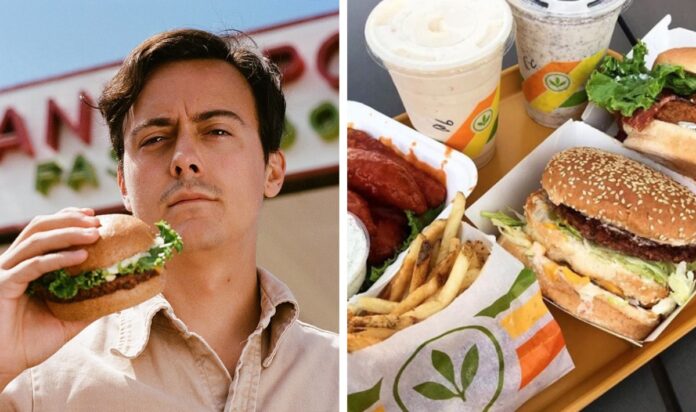 with the current developing business industry, the 2022 Forbes Food and drinks 30 under 30 lists all the breakout entrepreneurs from food and drinks businesses worldwide. Despite the odds, it features all business associates in restaurants, food packaging, alcohol, farming, and receipt development. The Fast food business is witnessed as a fast-growing and promising industry, and there are various concerns about its future.

Zach Vouga has shown his efforts and determination to change the industry with the fast-growing fast-food sector. By co-founding and increasing 100% plant-based restaurants, Zach hopes to create a change that will promote sustainable animal and agriculture farm advocacy under the guise of delicious plant-based fries, burgers and shakes.

Some revolutionary changes have been made in the fast-food industry in the past years. Most people are looking for easily accessible and more options for Vegas foods, and it has become mandatory for vegan food providers to try something new and unique. That’s why Zach Vouga has come up and continuously provides new and efficient trends in the vegan fast food industry.

Zach Vouga is among the most innovative and creative Co- CEOs trying to show that Vegas foods can be more beneficial and exciting than people think of. He started working in the fast-food industry after completing his degree in political science from DePaul University. He handled various projects and increased fast food quality.

In 2016,  Zach Vouga founded plant power fast food and began to serve as the company’s CEO. he had the motive to make vegan foods more accessible and exciting to people. With his skills and experience, Zach maintained a strong and positive image for his restaurant. Later, plant power fast food became the leading chain of plant-based vegan food.

Zach formed an excellent chain based on plant vegan fast foods to serve people a healthier lifestyle to implement his move. Plant-based fast foods are all made from material with used ones,  recycling or plant materials. As the co-CEO, Zach managed to bring about a revolutionary change in the fast-food industry. The main aim is to streamline their brand, skills and experience to make menus more accessible. It comes with added features that won’t make non-vegetarians feel left out.

Can a Pedestrian Be At Fault in a Car Accident?

Why Do You Need Backup Recovery Solutions?

Why Do You Need a Time Management System Tool?

5 Ways to Prevent Another 100,000 Coronavirus Deaths in the US (and Beyond)

The Necessity Of Bitcoin In The Digital World