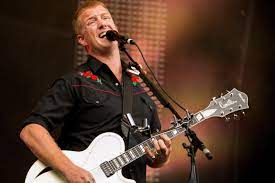 Apart from their passion and love for music, rock stars are known for their luxurious lifestyle. With their extravagant style of living and massive bank balances, most people fail to see the unique side of their beloved stars. Josh Homme is one such star, and he might be the last living legend of the heavy rock music of this era.

As frontman of the Queens of the Stone Age band, Josh’s choice of tools clamors for elegant and crafting psychedelic heavy metal music. People find it hard to believe that this body-inked tall man adorned with knuckle rings had been a sincere father to his kids besides being a husband to Brody Dalle. It is not surprising to see most people judging the man by his outer appearance if you can have a sneak peek into his life to find how humble, nice, and talented that celebrity is.

Besides being an incredible songwriter and iconic guitarist, Josh has to lead the stage as a remarkable singer the rock world could ever witness. Homme is famous for his playing style, which is considered inspirational, innovative, and unique. He can do much more than just playing guitar. When it comes to banjo and bass, Josh has an exceptional talent for playing these instruments. Josh Homme is a splendid musician and singer in the true sense.

Most of his fans must be expecting Homme to own several exotic cars. Being a rock star, he is not popular for his spending habits, and he is different from the typical notion of a rock star. Josh Homme is a sentimental and sensible man who knows the value of his hard-earned money and never takes his fame for granted. Many of you will be surprised to know that he still has his ’67 Camaro that he got as a teenager when he was fourteen years of age. He has maintained it well and even takes it out for a spin.

Josh Homme’s name is synonymous with that of the Queens of the Stone Age band. He gained his real fame with this iconic band. However, Josh has been a part of other bands, too other than QOTSA. The artist has been the lead guitarist and the founder of Kyuss. This influential heavy rock band of the 1990s was his first band. Though Kyuss got disbanded soon, it managed to gift the world with its memorable rock music. Also, he founded Eagles of Death Metal, a heavy metal band, and he still plays for on some occasions.

Homme had collaborated with other musicians as well, such as Dave Grohl and Iggy Pop. He has also produced several bands, such as the Arctic Monkeys. Josh Homme considers him fortunate to marry Brody Dale and cherishes some of the very special moments he had shared with her. His wife also belongs to the music industry and understands the pressure of work and lifestyle. It’s not easy to be a rock star, and it brings with its opinions and judgmental looks along with immense pressure. Josh Homme is doing a great job in handling his stardom.

Dell’s Finest: Top 5 Gaming Laptops to Take Your Gaming to the Next Level

Top 5 websites to watch and download movies for free

You Can’t Go Wrong with a Pullover Hoodie from VSTees

Why It Is Must To Join Driving School To Learn Better Driving?

Dental Implants: The Best Way to Get Everlasting Flawless Smile!