Home Startups Bitcoin a joke? People thought that about the internet too. 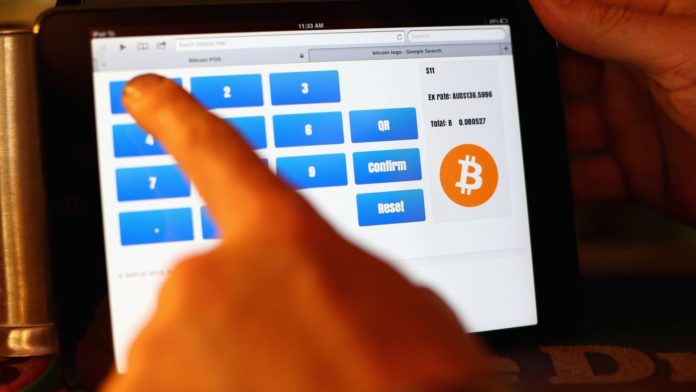 Bitcoin has enjoyed a meteoric rise over the last 18 months. The value of one unit of the cryptocurrency has soared from $13 at the beginning of 2013 to $600 today. Investors have poured millions of dollars into Bitcoin-based startups. And Bitcoin got a surprisingly warm reception in its first Congressional hearings last fall.

Yet Bitcoin still faces widespread skepticism. The payment system’s many critics argue that it doesn’t have any compelling advantages over the conventional financial system. And they say Bitcoin is hampered by security concerns, extreme volatility, and unsavory ties to the criminal underworld.

These criticisms give venture capitalist Marc Andreessen a sense of deja vu. Twenty years ago, he was an early adopter of another technology that was widely dismissed as an impractical fad: the internet. He describes the “massive wall of negativity” he encountered when, as the co-founder of the browser company Netscape, he tried to convince major American companies to take the internet seriously.

This is the second part of a two-part interview with Andreessen, which was conducted on June 12. You can click here for part one. The transcript has been edited for length and clarity.

Timothy B. Lee: You played a key role in the development of the internet back when it was still a new and exotic technology. Were people as skeptical about the internet in the early 1990s as they are about Bitcoin today?

Marc Andreessen: It ran the gamut. Let me go through all the criticisms leveled against the internet 20 years ago.

Timothy B. Lee: What kinds of people were you talking to??

Marc Andreessen: When we started Netscape, we went around to a half-dozen media companies. Every one of them told us this internet thing will never amount to anything. They basically said, “Fuck off, there’s no market here.”

We went around and met with all the telecom companies, and said we need high-speed connections because this dial-up thing isn’t going to cut it. Only one, MCI, agreed with us. All the others said, “Fuck off, this thing is not for real, nothing is going to happen with this thing.”

We went to retailers and talked about e-commerce, and they were like “there’s nobody to buy anything. Why would you put e-commerce online if there’s no shoppers? Plus don’t you know you can’t trust the internet? You can’t put your credit card number on it.”

We went to the payment companies, to Visa and MasterCard. They said “What do you mean, there’s no shoppers, there’s nothing to buy, who gives a shit?” So they told us to fuck off.

It was a very comprehensive “this can’t possibly work.”

BASICALLY EVERY SINGLE CRITICISM OF THE INTERNET ENDED UP GETTING SOLVED. EVERY SINGLE SUPPOSED FATAL FLAW GOT ELIMINATED.

Timothy B. Lee: Yet obviously it did work. What allowed the internet to gain traction in the face of all that skepticism?

Marc Andreessen: The only thing the internet had going for it was it was actually working. It was one of those things that worked in practice and not in theory. There was this groundswell network effect. Every day you had more consumers come online. Every day, you had a few people set up websites.

Then at some point, Time magazine actually did set up a website, everyone said, “Ooo, I can go read Time magazine.” We added encryption to the browser so you couldn’t have your credit card stolen. Businesses started to put up money for high-speed networks and companies started to realize there might be a market here. It built from the bottom up.

Over the next 15 years, basically every single criticism ended up getting solved. Every single supposed fatal flaw got eliminated. It went from being just nerds to being everyone. It went from having no content to having all the content.

“I can publish on it but no one will read what I publish.” OK, here’s Twitter.

All the problems became opportunities. And then you got into a virtuous cycle.

But those first few years were very intense. Between 1991 and 1994, there was a massive wall of negativity. In 1995, it really started to tip. By 1996 everyone was like, “This is the next big thing.” By 1996, people were already calling bubbles. Depression went straight to euphoria.

Timothy B. Lee: Do you think something similar will happen with Bitcoin?

Marc Andreessen: What the internet had going for it was this unbelievable latent power. There had been information networks for 40 years prior going all the way back to the ’50s. There had been hypertext systems. The internet itself in the form of the ARPANET had been in existence for more than 20 years. The ideas had been building. They just hadn’t been put together as a platform.

Bitcoin is very sharply reminiscent of this. It’s not an overnight thing. It’s a result of 35 years of cryptography research, going back to the early 1970s with RSA. Digital cash is something people have been working on for 15 years leading into the Bitcoin paper. So it’s this long-term development of a very powerful set of ideas that people have been working on for a long time.

Bitcoin could basically reconstruct the financial industry in an untrusted peer-to-peer environment. This is why all the technologists look at it and get excited. They’re like “this is the new platform, this is the way to do these things.” Normal people are like, “What the hell are these nerds talking about?”

Timothy B. Lee: I believe that Bitcoin could be a big deal in the future, but I have a hard time envisioning what a mature Bitcoin-based financial system would look like. When you were working on Netscape in the early 1990s, did you have a clear vision for how the mature internet would work? Or was it more that you had faith some solutions would be found without much idea of what the solutions would look like?

Marc Andreessen: It’s a little bit of both. There were actually prototypes at the time for a lot of things that you see today. For example there were search engines early on. If you read all the early internet how-to books, there was a thing called WAIS, wide-area information server. It was the first search engine.

It never actually worked, it was not Google. If you look back to the first cars from the 1880s, it’s not like what we’re driving today. They were very crude in comparison. But you had the idea of a search engine.

You didn’t have Facebook, but you had message boards and Usenet. You had internet relay chat.

WHAT IF PEOPLE COULD SEND ME BITCOINS TO FINANCE MY COMPANY AND I COULD SEND BACK DIGITAL STOCK?

You didn’t have Twitter but you did have status messages. I don’t know if you ever used this back then but there was this thing called Finger, which actually predated the Facebook poke. Finger was like Twitter status message 30 years ago. It was considered one of the things you’d do if you were smart on the internet you’d have an interesting Finger message.

Twenty years ago, before we worked on Mosaic [a web browser popular in the early 1990s] at the National Center for Supercomputing Applications at the University of Illinois,we worked on something called Collage, which was realtime collaboration. Think about Google Hangouts, Skype, Webex, or GoToMeeting. We had a version of that running 25 years ago.

Even virtual reality. We had a version of Oculus running 25 years ago. It was very crude compared to 25 years later but the idea was there.

There was a very strong intellectual foundation for the internet that had gotten built up over decades leading up to it. You couldn’t make it real until you’d catalyzed the whole thing.

Timothy B. Lee: So are there prototypes of future Bitcoin technologies around today?

If you’ve got money, you keep your money in a bank. It’s a physical place. It’s a building in Midtown Manhattan — 80 stories worth of people.

If I want to buy a share of stock I do it in a stock exchange, which is a physical place with all these people.

If I sign a contract, I do it knowing it’ll be enforced by a court, a big building with all these people.

If a buy a house, I need a title to a house. There are these title companies making a lot of money overseeing the process of switching titles.

Timothy B. Lee: Here’s one concrete issue a lot of people have: what if a hacker breaks into my computer and steals my bitcoins?

Marc Andreessen: Think about it as follows. Make a list of all these problems. You just named one, and there are 30 others. Then envision a big new technology company that will solve each problem. That’s what’s going to happen.

So for example your thing about having your Bitcoin get stolen. There are two ways to solve that. One way to solve that is to have an institution. You have the FDIC. They mandate Bitcoin insurance. They tax everybody to pay for that.

This is exactly what I think is going to happen is that every one of those problems — it’s going to be solved by a new technology company. That’s the part the critics can’t wrap their heads around. It’s anticipating things that haven’t happened yet.

Timothy B. Lee: People complained about the lack of a search function in Netscape, but eventually the problem solved itself.

Click here to read Andreessen’s thoughts on the death of IPOs and the work of Thomas Piketty.

The Best BPO in Mauritius by Abdulmajeed butt

Paper.io 2: Why This Game is a Must-Have for Every Gamer

Some Amazing Facts You Should Know About Stamped Concrete