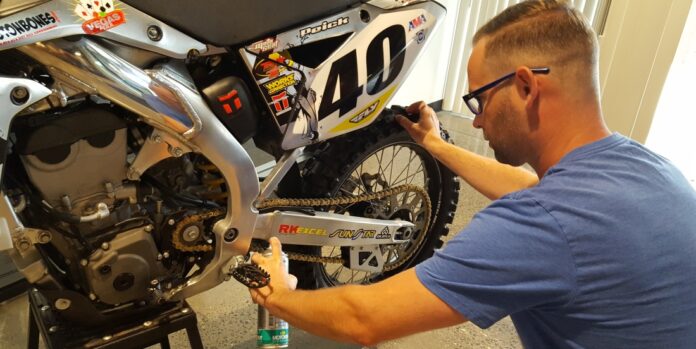 You are always told that engine oil is the lifeblood of a motorcycle. It is such a necessary component that you cannot even start an engine without it. It all sounds important, but how and what does spending on better quality help your engine. You are told at every service that the oil is used up and needs to be changed, but how do you choose the best bike oil for your engine. Here are 5 points you must know about good quality engine oil.

This one is quite obvious; engine oil runs through all the engine’s vital components and provides the necessary lubrication between the mechanical parts. It forms a layer of slick oil molecules on the inside of the engine. The engine components are made up of metal, and they have to rub against each other to work. This can cause the parts to heat up and get damaged. The best lubricant oil sits on the components to lubricate them and function efficiently. The quality and size of engine oils do make a crucial difference. Mineral oils have uneven and inconsistent molecule sizes, which cause more friction than the even-sized molecules of synthetic oils. Hence spending more on expensive synthetic oils will keep your motorcycle’s engine slicker from the inside.

With the least amount of friction, the smooth running of the engine oil translates into better burning of petrol in the cylinder. The smoother the running between the components, the lesser fuel gets wasted, generating power to move. If the engine oil is all used up and is causing more friction, more effort is required by the piston and the crank to generate power.

As mentioned earlier, engine components are made of metal and have to rub and brushed against each other to work. This would create many frictional losses and engine wear and tear. Engine oil forms a slick film on all these components and saves them from scratching and rubbing against each other. In addition, the heat losses generated by friction are minimized by the quality of the best bike oil, thus significantly increasing engine life. But do remember engine oil has its age and does get used up after a certain number of kilometers as mentioned by the manufacturer. This means frictional losses are increased, and engine components slowly start eating each other. So for the love of your motorcycle’s engine, spend more on synthetics or semi-synthetics and remember to change the engine oil at regular intervals.

Besides reducing friction and keeping the engine components cool, engine oil constantly catches as many contaminants as it can during its lifetime. While the engine works, contaminants and tiny chiseled metal filings are caught by the engine oil and collected in the oil filter. This means foreign impurities can be isolated from the normal functioning of the engine, thus saving the engine from expensive damage. Now, because synthetic engine oils are smoother, they take the impurities and leave them in the oil filter instead of mineral oils, which might pull them back and spin them again in the engine.

In conclusion, if bike owners want to prolong the life of their rides, it is advisable to use the best bike oil for a better and smooth riding experience. In addition, they should also undergo periodical engine oil changes to maintain a healthy engine.

Everything You Need To Know About Local Washing Machine Repair Services.

The Role of Video Advertising in Promoting a Businesses and Brands